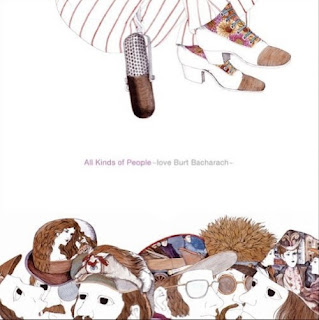 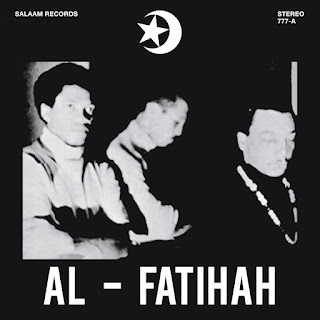 Al-Fatihah was originally issued in 1969 in Cleveland by the musicians themselves. It was recently remastered from the original tapes and is available on Bandcamp.

Initially I wanted to hear it because I want to hear every early free-jazz obscurity. (Or die trying, and what a way to go!) But also, one member of the trio was cellist Abdul Wadud, a truly exceptional musician who made an amazing, much-cherished solo LP, long out-of-print and never reissued. Wadud threatens — in his fundamentally gentle and unassuming way — to steal the show on almost record he plays on. He is alive today, but he hasn't played on any records at all since the 1990s; see this 2014 interview.

But to get back to Al-Fatihah, it turns out to be a very fine record all around, not just a curiosity or a showcase for Wadud. It’s too bad it wasn’t issued on ESP-Disk, as the musicians initially hoped, or we’d have known about it all these years.

The Wire has published a fascinating interview with the trio’s drummer, Hasan Shahid. It’s full of vivid detail about what it was like trying to play free jazz in Cleveland in the 1960s. It was, as you might expect, an uphill battle, to say the least. (And yes, there are Albert Ayler anecdotes.)

The reissue is recommended for ESP-Disk heads, early-Joe-McPhee fans, and anybody who’s caught the Abdul Wadud bug (from the solo record, or a Julius Hemphill or Arthur Blythe album, or anywhere else).