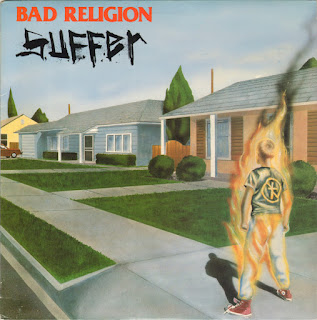 The Circle Jerks are playing a gig in Reno next month, with Adolescents and Negative Approach opening.

I never saw the Circle Jerks in my punk show days in Chicago (1988–90). By then, they weren’t the same band anymore, the band that made Group Sex and Golden Shower of Hits. They’d gone metal.

I’d have liked to hear them play “Beverly Hills” anyway, alongside whatever sludge. But my friends and I didn’t care to be around the tough-guy types, skinheaded or otherwise, who would show up for the metal-inflected Combat Records punk bands. No hair, too much hair, no thanks either way. We even heard rumors of the feared “wall of death” being deployed. Can’t we all just run in a circle like decent, sensible human beings? And help each other up when we fall down?

Besides, the tickets would have been expensive. An army of bouncers doesn’t come cheap.

But I did see Circle Jerks guitarist Greg Hetson play with Bad Religion at the Cubby Bear in 1988; show flyer above. Die Kreuzen headlined, in the brief interval when they were thought to have more commercial potential than Bad Religion. Wrong!