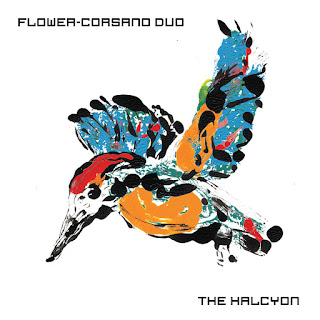 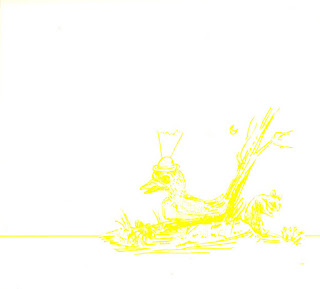 According to my concert log, I attended the following:

I can’t always trust what seem to be my memories of gigs that happened over 20 years ago, but I think Jim’s set consisted of him performing Happy Days — probably for the only time, live? He stayed on his chair and kept playing his acoustic guitar throughout the entire piece, even long after the guitar was rendered completely inaudible by the massed wall of hurdy-gurdy drone.

I do remember walking into the Empty Bottle that night and seeing Fahey sitting by himself on the low sofa by the pool table, wearing sunglasses, motionless, and I wondered if he was awake. From everything I’ve read about Fahey late in his life, it’s entirely plausible he was asleep.

I also saw John Fahey at Unity Temple in 1998, and I remember very nearly colliding with Jim, on a Frank Lloyd Wright-designed stairway, as Jim was rushing to bring Fahey some iced tea. John Fahey wants iced tea? You definitely bring it to him as quickly as you can. It’s not a question.

All Revenant releases are long out-of-print, but Happy Days is available again on Jim’s Bandcamp, but with helicopter, not duck.