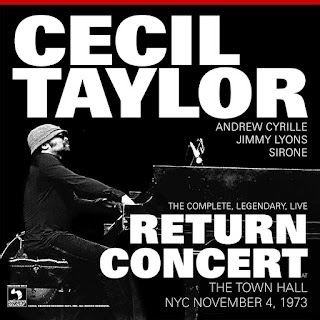 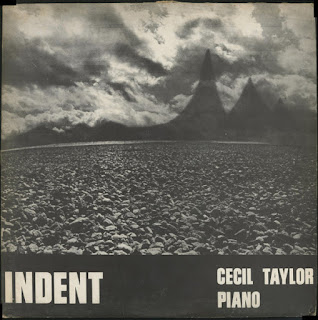 The download-only issue pictured at the top of the post finally restores an important Cecil Taylor record to the catalog: Spring of Two Blue-Js, only ever available on CD as a poor-quality bootleg ripped from vinyl. Taylor’s own label, Unit Core, only ever released two albums, this one and Indent (1973). The latter is better known in the Freedom reissue, but let’s take a moment to appreciate the cover art of the original issue. Those mountains... aren’t mountains. Were they made by holding objects over the photo paper in the darkroom, or what? Was this a one-off by the artist or was there a series of similar images? I’d love to own the vinyl so I could stare at this while listening to the record.

The photograph is credited to one “Doyle Roberson”. I don't know if this obituary is for the same guy — seems like it could be, with his interests in music and travel and his proximity to New York at around the right time.