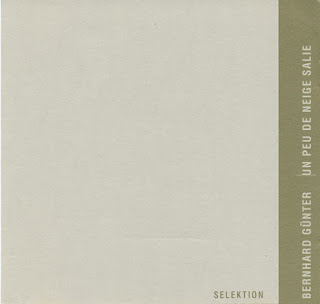 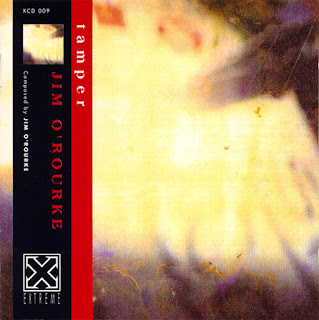 Revisiting early Jim O’Rourke recordings, I’m dazzled how they blossom on a decent stereo or good headphones, two things I couldn’t afford in the 1990s, my student years.

Back then, Tamper, which I dubbed to cassette and played through Walkman headphones, registered mostly as “drone”, not as the highly specific textures and layering of textures I hear now.

And I remember attempting, in my Chicago apartment, to listen to Bernhard Günter’s Un peu de neige salie — a CD Jim would rave about, circa 1994, to anyone within range. But I was driven to distraction by my humming refrigerator, my clanking and hissing radiator, cars passing by outside, and the failure of my crummy speakers to convey anything subtle. “The music on this CD is intended to be listened to at very low volume”, the liner notes said, taunting me.

On an acoustic free-improv date like Acoustics, the same speakers also smashed all the instruments together into one gnarled mass and sanded off their grain and sparkle. Revisiting that record now, it sounds like four people in a room, and I can almost hear the air currents in the room.