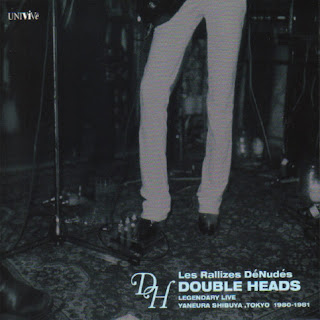 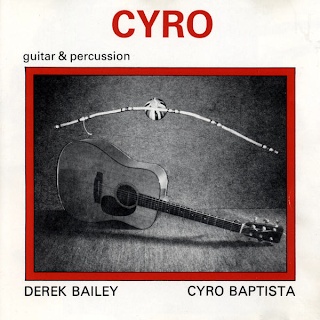 Cyro was Incus CD 01, and it was recorded in 1982 (on the same New York City trip where Bailey recorded Yankees) but not released until 1988.

I remember reading reviews of these first digital Incuses in Forced Exposure when I was still in high school, but I didn’t get to actually hear any Derek Bailey until later. I wish I’d known at the time that this stuff was actually obtainable in Chicago, but only if you went to Jazz Record Mart and looked in their “New Music” section.

My only successful attempt while still in high school to locate and purchase a recording of free improvisation was a copy of Jim Staley’s Mumbo Jumbo (with John Zorn, Elliott Sharp, Shelley Hirsch, et al) I found in a small bin of records at a Lincoln Park bookstore whose name I can no longer recall. That same bookstore had a bunch of those miniature Hanuman Books books for sale, and I wish I’d robbed a bank so I could clean the store out of those.

Mumbo Jumbo’s not a bad record, but I’d have been better off with Cyro.